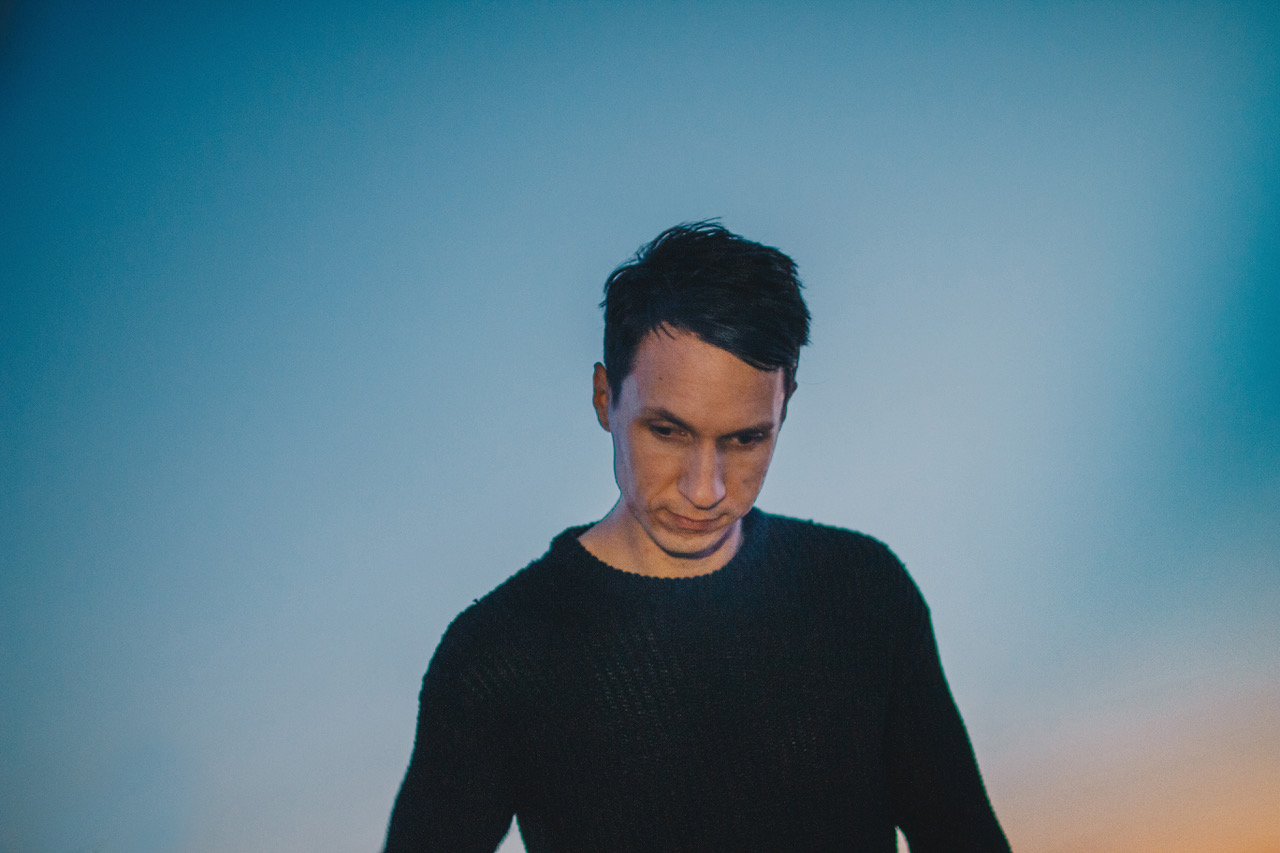 Space is where Aaron Short definitely calls his happy place. Whether it’s musical escapism deep in a studio session or a 3am trip from his Echo Park home out to the desert to watch a Space-X rocket launch, Short is always looking further outwards for inspiration.

Short initially launched Space Above as a side project from his gig in The Naked And Famous. The keyboard player/electronic wizard in the group since its inception at college in Auckland, New Zealand, Short was looking for a place to let his musical creativity run wild under the influence of atmospheric electronic artists like Jon Hopkins, Apparat, labels like Border Community and Ghostly International.

He was also enjoying the warehouse techno scene that began appearing around downtown LA and the sensation of finding his music taste heading in polar opposites between a love of programmed music and the analogue creativity of shoegaze/prog stylists like Slowdive and Spiritualized.

All these influences were stirred into a series of Space Above remixes for artists from The Naked And Famous to Broods and Brooke Fraser, where he delighted in turning three-minute pop songs into six-minute musical odysseys.

By 2015, Space Above was churning out original tracks from a shared home studio with collaborators/room-mates, BOYBOY and So Below. Sam McCarthy (BOYBOY) and Short spent two years of late nights bonding over their shared passion for deeper darker cuts that sustained their friendship and developed the template for the Space Above sound.

Hillydilly called the debut track This Is It “undeniably intriguing ‘space tech’” and Sniffers fell deeply in love with the techno banger, Shades.

Two years later, a full album titled Still was released. Its lyrical and musical themes of chilled to deeply frozen escapism made for a journey that caught ears from KCRW to The Line of Best Fit and premiered on Consequence of Sound, who delighted in the album’s blend of “graceful winding journeys” and “winning examples of when indie electronic music taps into the perfect balance of accessibility and adventurism.”

The album was followed by a track, ‘Leave Home’ with a music video that explored the underground rave culture of Kiev. The track was remixed by ambient-techno producer Edit Select and pressed on limited vinyl with Planet Rhythm Records.

And at that point, Short also decided to leave The Naked And Famous to focus on film composition (he has scored the acclaimed feature Softness of Bodies, a finalist in the LA Film Festival 2018 and short film From Beyond), producing 2019 releases by artists including The Melancholies and So Below, and venturing deeper into the atramentous musical galaxies of Space Above.

Enjoying this opportunity to back in his world of the space above – a phrase Short likens to the way his own mind functions, finding a calmness floating over terrestrial chaos – he has completed an EP of new material.

The forthcoming EP is the latest release in an electronic project that came from enigmatic remix beginnings to mix ethereal explorations of sound and dance floor progressions.

Featuring collaborations from Alisa Xayalith (TNAF), So Below, BOYBOY and Tom Young of The Melancholies and Leisure. Four singles, Stolen Days, Nobody Home, Golden and Movements have preceded the EP.

Talking about the epic Stolen Days, Short says “Alisa and I have stayed very close and always intended to do more music together. She immediately felt the aesthetic of the song and in one afternoon session had lyrics and melody fully laid out. The song gives a positive spin on social anxiety and agoraphobia, something familiar to both of us during our decade of friendship and working in music together.”

The Line Of Best Fit describing it as a “celestial new tune that combines a cutthroat motorik with wild and untameable dream-pop hooks.”

Space Above and So Below, two New Zealander’s living abroad in Los Angeles, have been long time musical collaborators, contrasting one another with their polar expressions of atmospheric electronica, and dark electro pop music. With their own self-defined genres ‘space tech’ and ‘goth pop’, the two have now combined on the latest release of ethereal electronica titled Golden – a song that speaks to the acceptance of uncontrollable change.

The Fourth single proceeding the EP, ‘Movements’ was inspired by an experience shared between Sam McCarthy (formerly Kids Of 88) and Short during a time of earthquakes in Los Angeles. McCarthy was inspired lyrically to explore the fear, helplessness and inevitable acceptance one goes through when overwhelmed by forces more powerful than ourselves. These themes were expanded upon musically as waves of ferocity and peace inside the song’s electronic instrumentation and landscapes.